Featuring bold colors, patterns and animal imagery, David Rice’s paintings and murals combine the natural world with geometric and man-made elements. By bringing these separate worlds together David draws attention the individual personalities of the creatures he observed growing up in rural Colorado and suggests a cohesive existence between the two worlds.

David has been inspired by many contemporary artists but his work is most influenced by fellow Portland artist Blaine Fontana whose work excited David into pursuing a career as an artist. In 2013 David began assisting Blaine in his studio, before becoming a full-time independent artist in 2014. David and Blaine still collaborate on projects together and create large-scale murals combining their styles. This month David talks to us about his career so far, and offers advice on how to develop your drawing techniques… 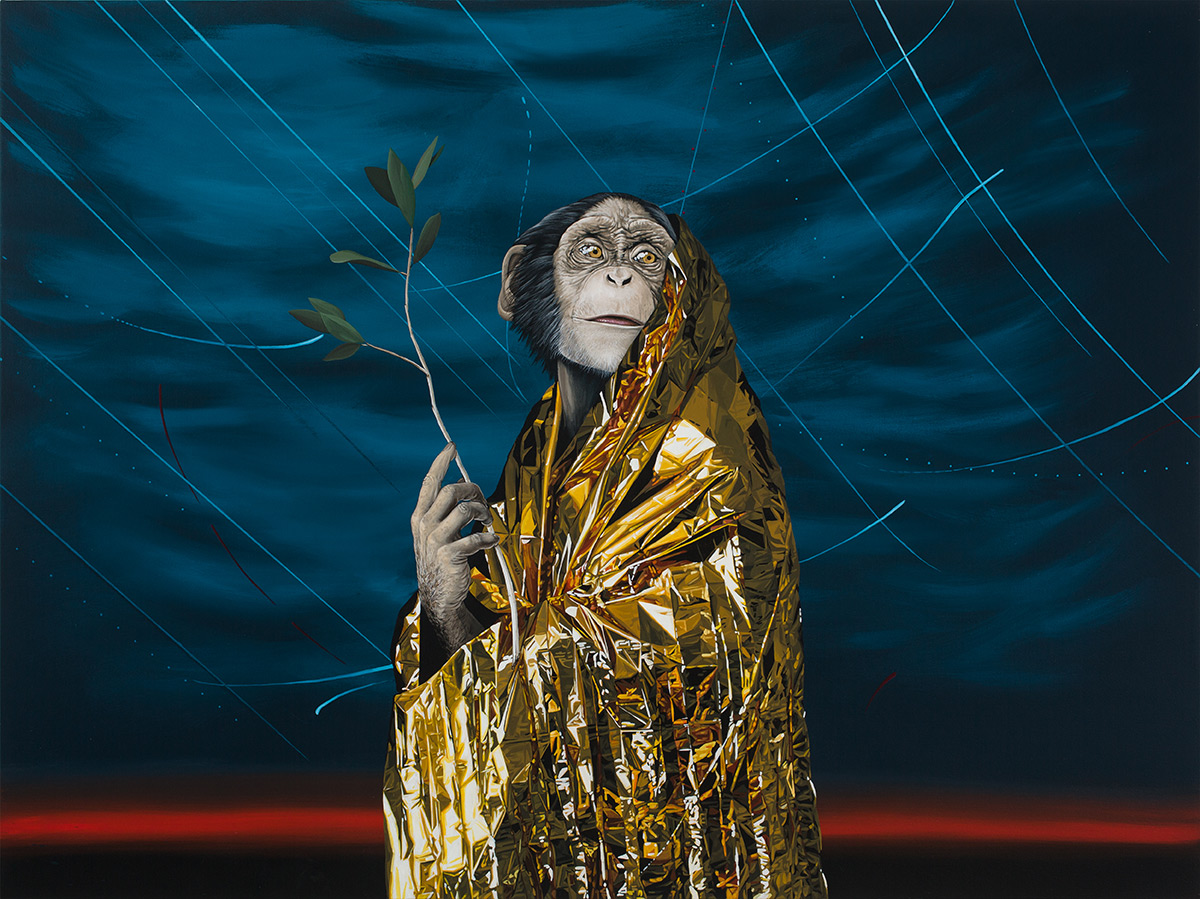 Hello David! Thanks for talking to 2dartist. First off, could you introduce yourself with a bit about your background and projects?

I am an artist from Portland, Oregon and I work primarily with acrylic paint. Most of my work has an element of the natural world in it combined with something man-made or geometric. I like bridging these two worlds that we normally see separately.

What or who encouraged you to take up a career as an artist?

One artist I have always admired and had the opportunity to work with is Blaine Fontana. I love his ability to bounce around between organic and graphic styles, and to use different mediums like painting and sculpture together in one piece. Seeing his work was what really got me excited to further pursue a career in art. 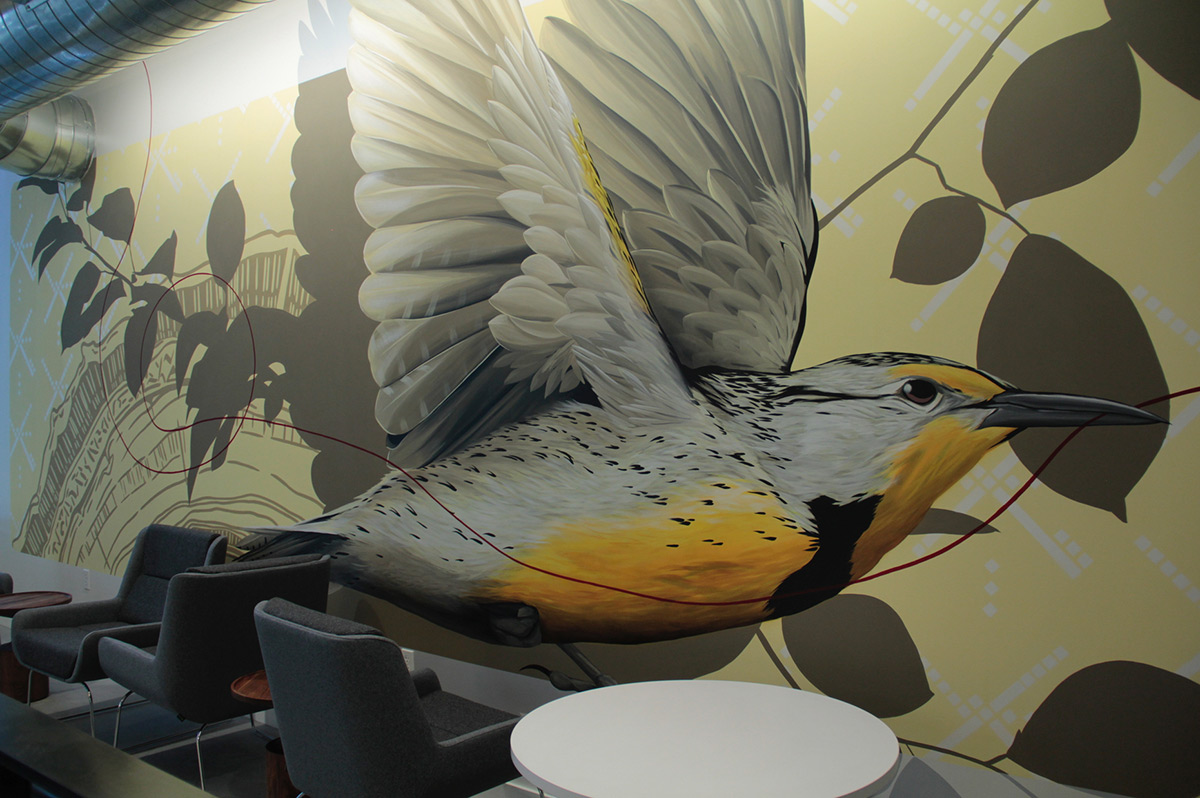 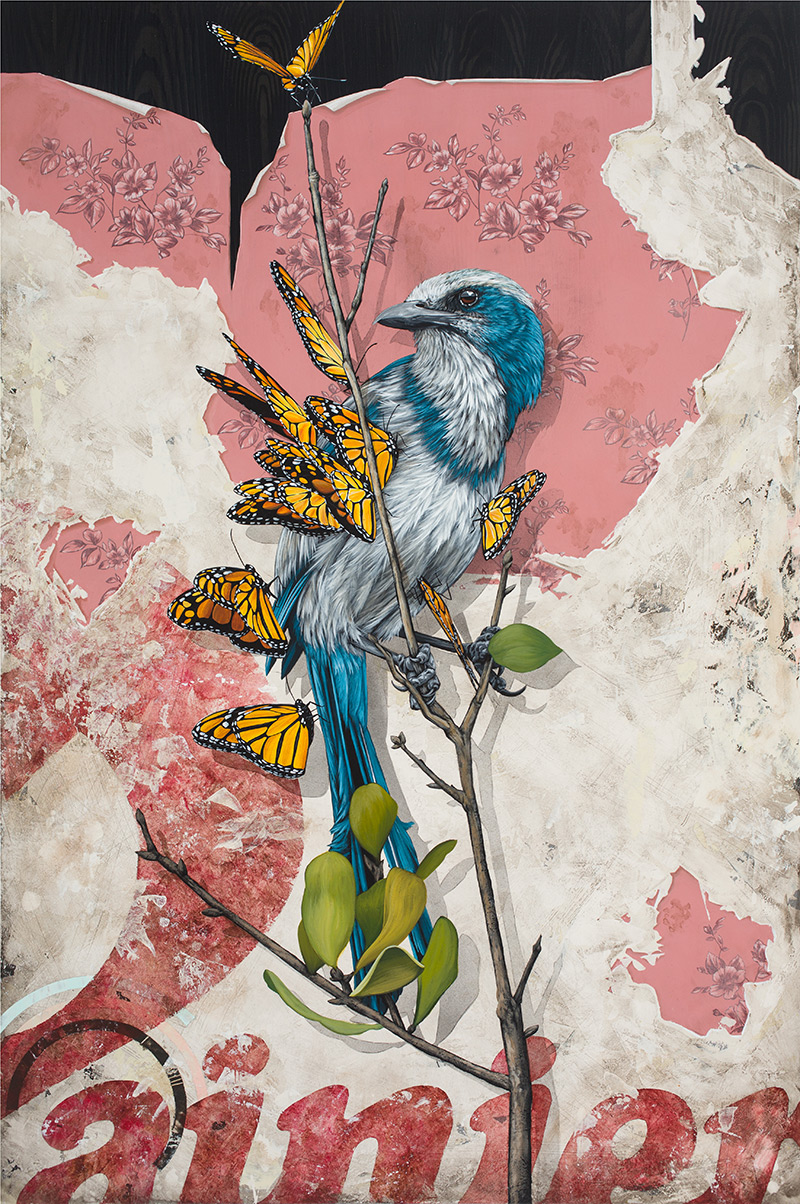 Your work is heavily influenced by nature but also often combines geometric shapes. Can you tell us a bit about the ideas behind this?

Most of my work is drawn from experiences I had growing up as a kid in western Colorado. I grew up in the mountains surrounded by wildlife. It was always a fascinating experience to see a fox or big horn sheep in its natural habitat; to have deer walking through your yard and bears sleeping in trees outside the local shops.

I felt like these creatures were more than just props in a pretty setting. They had goals and fears. They had personality. I wanted to portray their individuality in my paintings. I wanted to bring their connection with humans to an even playing field rather than being thought of as separate.

Paintings portraying wildlife and nature are nothing new. I wanted to bring these subjects outside of the traditional landscape scene and put my own take on them. I use a lot of faded wallpapers and layered backgrounds in my work. These represent the surrounding environment, once pristine, but now starting to fade. 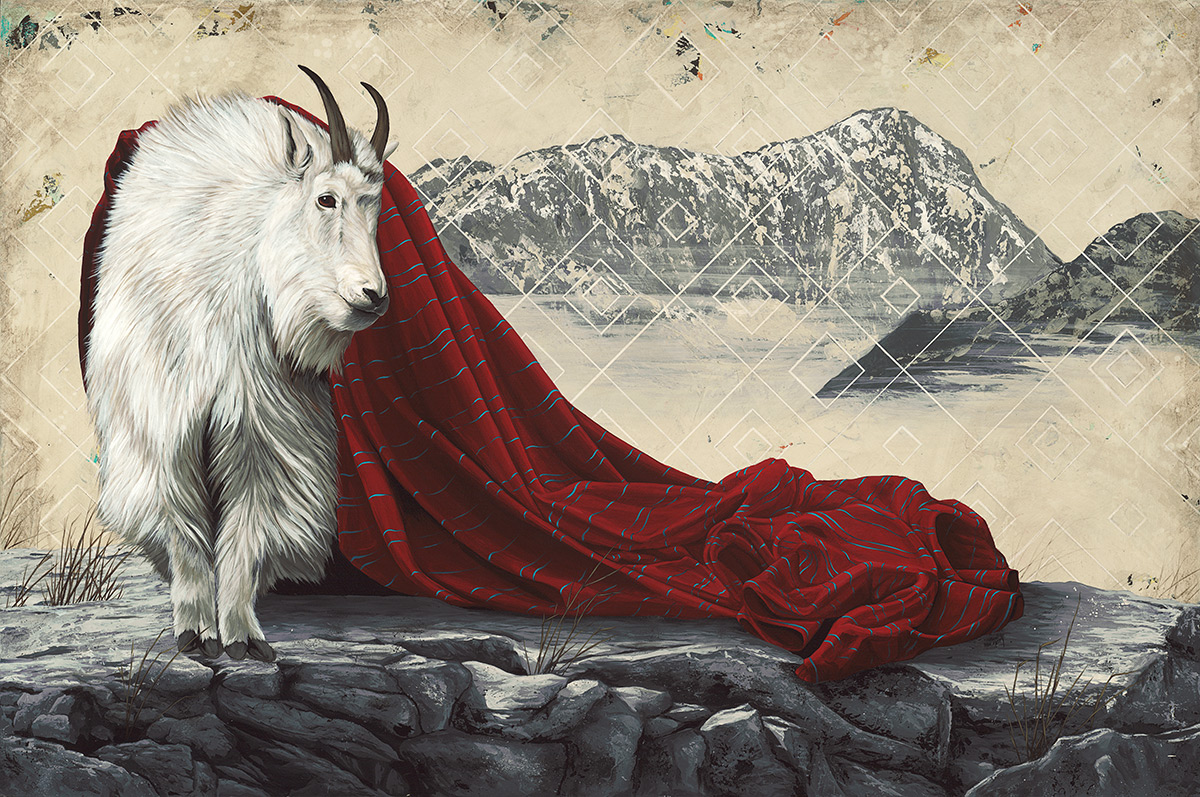 If you could meet any artist (past or present) what would you ask them and why?

That’s a really hard question! I think it would be fun to talk to Michelangelo about painting ceilings or Banksy about street art and remaining anonymous for so long. But when it really comes down to it, I think I would ask Duchamp who R. Mutt is. 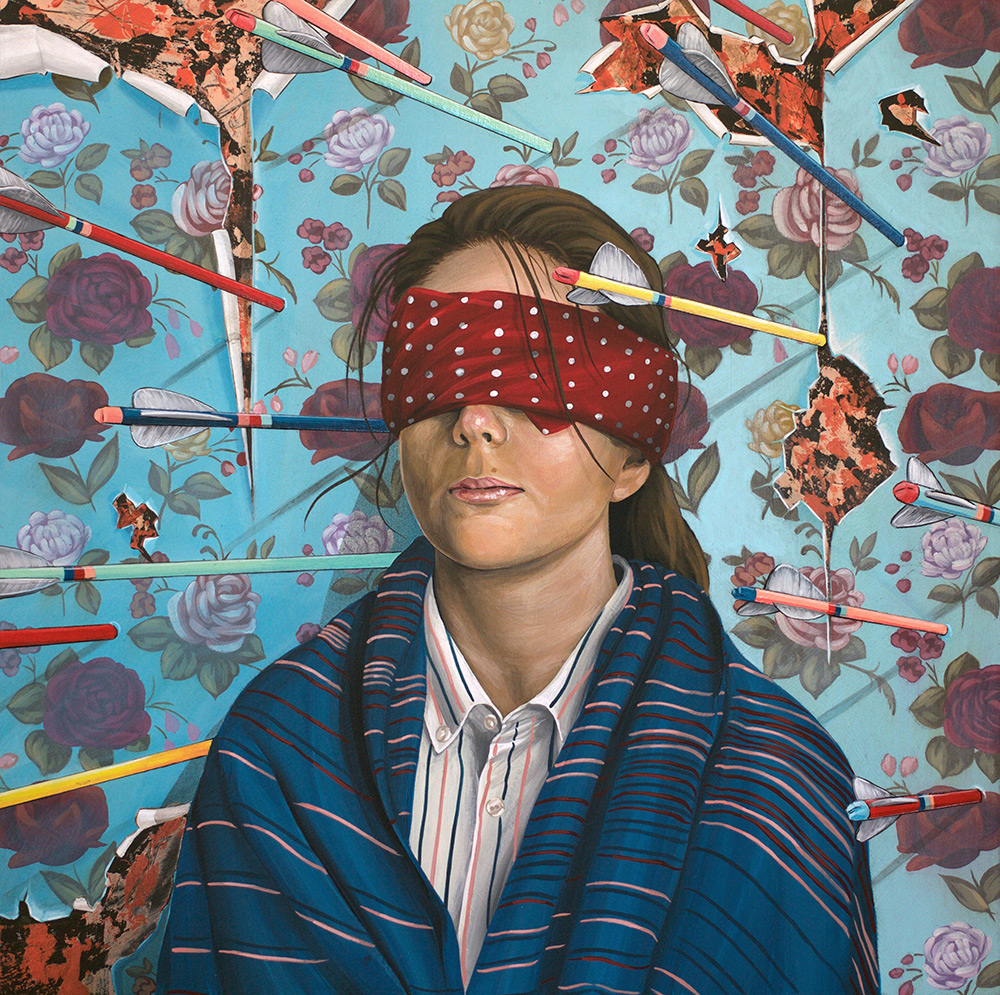 To read the rest of David’s interview, get issue 130 here!