Jan Urschel changed career from graphic designer to concept artist for the entertainment industry in 2010. In this flashback from March 2014 he talked to 2dartist about his experiences working as a freelance artist… 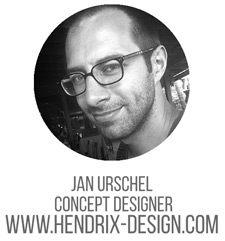 Jan Urschel is a freelance concept designer and illustrator, designing for feature films and video games. He has worked on projects such as Assassin’s Creed 4 – Black Flag, Star Wars 1313 and the latest entry in the Command & Conquer series.

Unlike many artists, Jan Urschel didn’t always see concept art in his career pipeline. After a bumpy journey and many different routes, Jan finally settled in the entertainment industry.

After high school Jan found himself interested in East Asian and Japanese culture and enrolled in Japanese studies. Based in Munich, Germany it led him to Osaka, Japan where he deepened his studies. During these years he made a living as a self-taught graphic designer in marketing and ad agencies, and also as a freelancer. After graduating with a master’s degree Jan moved to Singapore to continue work as a Graphic Designer.

However after ten years Jan found himself stuck creatively and finally wanted to do what he dreamed of – which was becoming a Concept Designer. Jan enrolled in the FZD School of Design and was hired by LucasArts right off the bat!

After a couple of years there and at Ubisoft, where he worked on titles such as Assassin’s Creed 4 – Black Flag, Star Wars 1313 and the latest entry in the Command & Conquer series, he turned  his attention fully to his freelance business. Jan chats about his experiences of working on big game titles, his approach to his work and what to expect next from his freelance ventures!

Could you tell us about your creative process and the software that you use?

I can’t say that I really have a one particular process I follow. It is important to know a few ways that help you finish your paintings on time and in the style required by the client, but I find it equally important to be open to new processes and experimentation.

I predominantly use Photoshop for environment design and ZBrush for vehicles and props. However there is something interesting in using applications for purposes other than what they were originally intended for. Using ZBrush for environments or using particular Photoshop brushes for textures that the original user did not have in mind at all when he/she created that brush etc. In the end you have to see the software for what it is – a tool. No different from pen and paper. Don’t be limited by it.

I use very basic tools: pen and paper or standard brushes in Photoshop on a black and white canvas 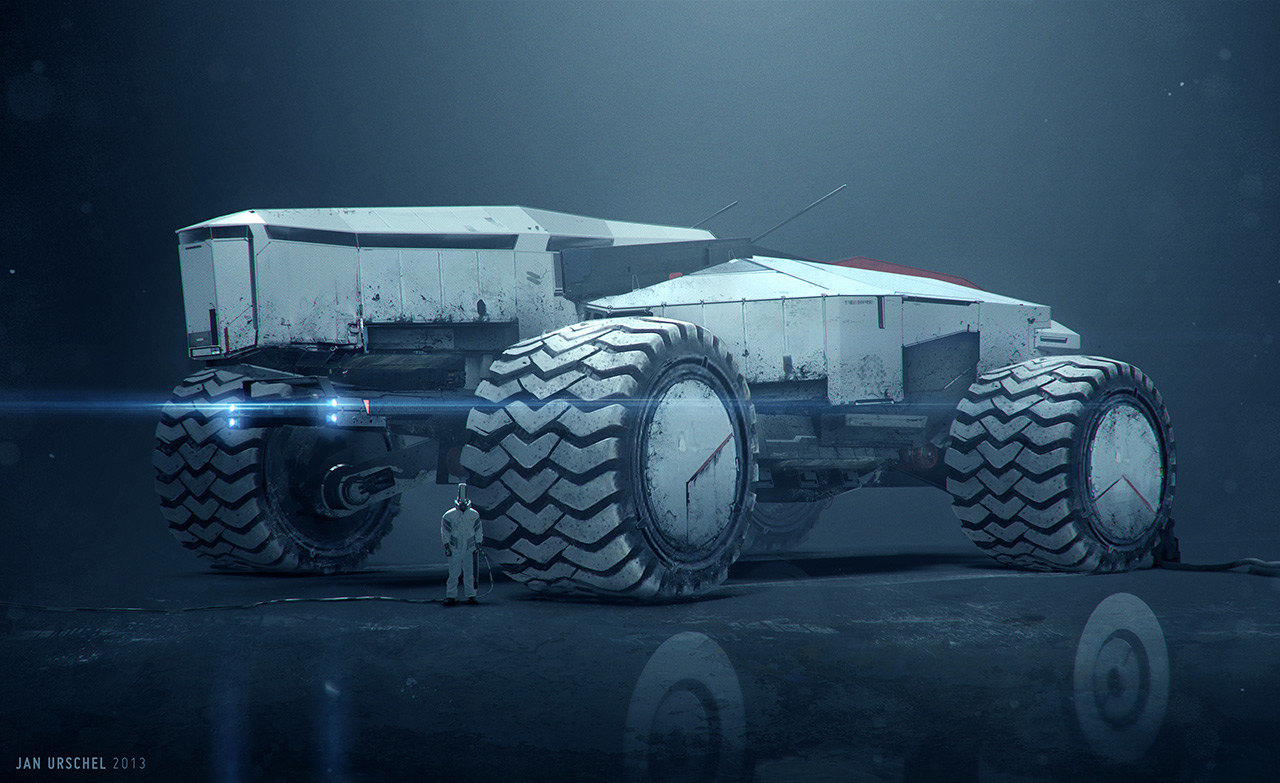 What do you feel is most important part of this process that you like to focus on?

The process that I use, and it’s most important factors are fairly straightforward. To get the idea out I use very basic tools: pen and paper or standard brushes in Photoshop on a black and white canvas. This allows me to keep it simple and focus on the big shapes. After that it’s a variety of photo textures and custom brushes that allow me to deliver my work on time.

The key points however, are that you find a process that allows you to reliably and quickly put out high quality paintings. If you have this in place you can save yourself a lot of pain because the client and you yourself know what to expect. I also like to share this process with my clients before I start the work to let them know exactly what they will get in the end.

You have worked on some big games such as Assassin’s Creed IV: Black Flag, and Star wars 1313, can you tell us about some of your experiences of working on titles such as these?

The experience that I gathered from these two titles couldn’t be more different. I usually trace it back to the fact that one company is a games company through and through, and the other one is mainly a VFX studio that generates its revenue from merchandise and licensing. At Ubisoft you will face a high pressure environment to get the games out of the door; especially in the Assassin’s Creed franchise where the game comes out reliably every year.

A game is only ever as good as the team working on it, but I was incredibly lucky to work with two great teams on those projects. Both games were very different in its aspects but equally ambitious in their aspirations. Working as a concept artist on both projects I feel the main difference was that with Star Wars you really have to be mindful of the design legacy of the movies and the people who worked on them, while with Assassin’s Creed you have more freedom. 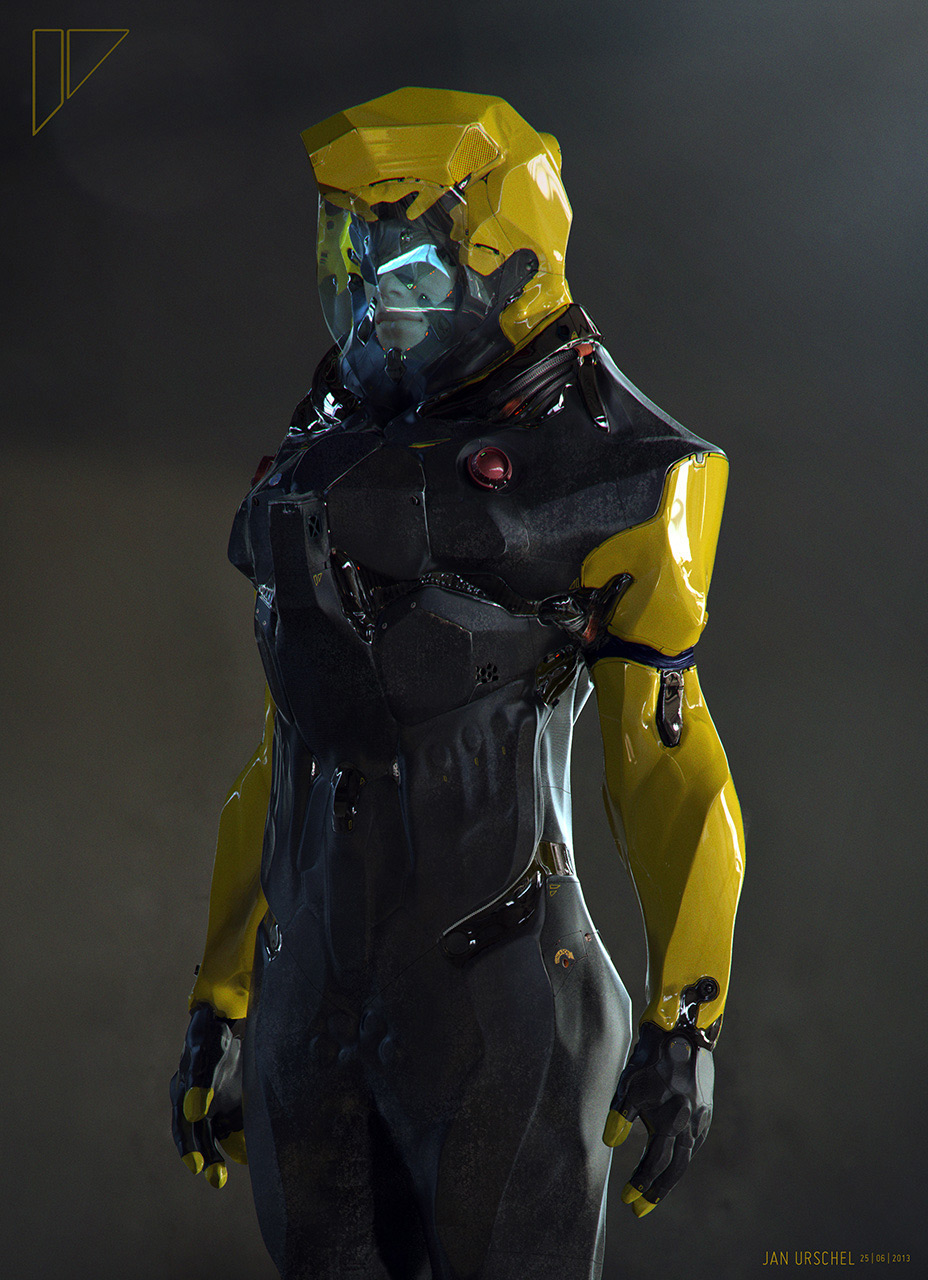 Working on video games has shaped my thinking in several ways. Game-play is the most important aspect in a game and the more you keep that in mind while designing environments in terms of gameplay space and player immersion, the more successful your concepts will be and the more useful they will be to people further down the pipeline. Think about how the player will traverse your environment, use your props or drive your vehicles.

Furthermore, in many games you can view and interact with any object from any angle and players will find many unforeseen ways to do things with them you never thought about. Therefore it is important to think about the look and functionally of your designs from every angle as well.

The biggest influence from paid work on my personal work is the discipline to finish my work within in certain timeframe and to a preset deadline.

What is your favorite video game? And how has it affected/influenced/shaped you?

I have to honestly say I’m not much of a gamer. I used to play once in a while, but these days there is just no time. My favorite game therefore is a bit older: Half Life 2 still is the benchmark for me in terms of game-play, story and design. While I guess it did have somewhat of an effect on me I find myself more inspired and shaped by movies. My favorite among those is still Blade Runner. There is so much to learn in terms of cinematography, lighting and design that it will last for a lifetime.

What has been your favorite project to work on and why?

My favorite project unfortunately has not been released yet. It is a science fiction short movie for which I was the main designer for all vehicles, props and buildings.

Although it was a smaller project it was a far greater experience than working on most of the big titles. Rather than being a tiny part of an 800 man team and never actually talking to any of decision makers, I got to work closely together with the director of the project. Also I was hired for my particular style and my ideas and could really bring a lot of these into the project.

Do you have any advice for artists looking to break into the industry?

I often get asked ‘exactly how do you break into the industry?’ Should I go to a design school or not? Should I focus on this or that? I’ve seen many people where school really helped get their skills up, but I also know plenty of artists who did it by themselves. Some learn with master studies, some with life drawing, some do only character designs some focus only on environments etc.

It doesn’t really matter what you choose. It’s not about which school you went to and how good your grades were – it’s only about the portfolio and how good your work is. If you’re not sure what needs to be in a portfolio, just look at the people who work at the company you want work for, and that have the job that you want. If you’re not getting close to the quality that they produce, why would the company hire you?

Can you tell us about any of the projects you are currently working on?

Pretty much everything I work on is under NDA at this point, however I’ve been contributing recently to the Star Citizen game by Cloud Imperium Games, which is a gigantic project helmed by Chris Roberts of Wing Commander fame. I work alongside amazing artists like Emmanuel Shiu, David Hobbins and Ryan Church on some exciting sci-fi designs. I highly recommend checking this project out as it is also pretty unique in terms of the business side, getting its funding from continued crowd-sourcing and investors. 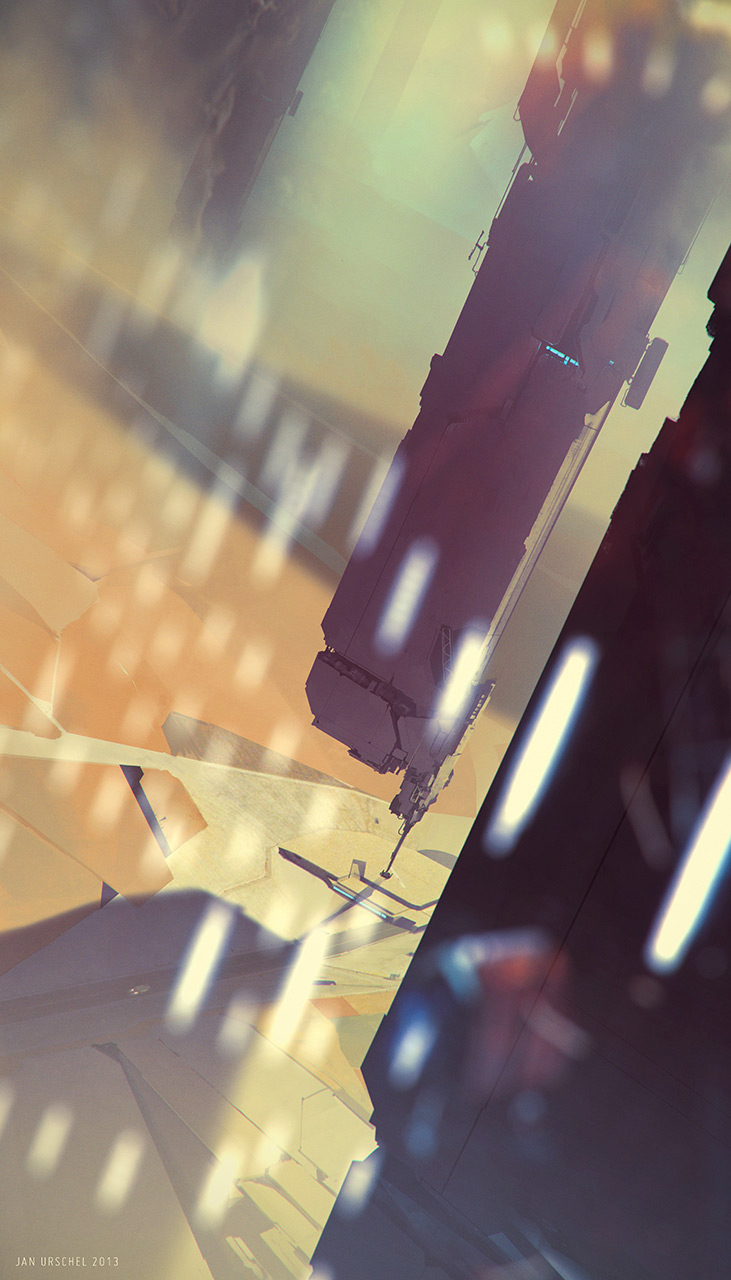 Finally, what can we expect to see from you in the future?

Right now I’m still settling into the freelance lifestyle, but I have some big plans for my personal work. I’m working on some collaborations with other artists which will hopefully shape up by the middle of the year.

On top of that I’m contributing to projects like the Nuthin But Mech 3 book and other projects that I can’t talk about right now. I’m also trying to work on some video tutorials and education offerings. All in all it will be a busy 2014.