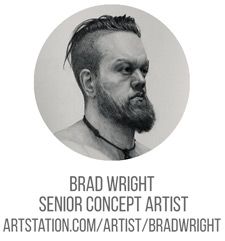 Brad Wright is an experienced concept artist in the film and games industries whose work you may have seen on renowned projects such as Halo Wars 2, Alien: Isolation and Syndicate. However, Brad’s path into concept art was not an entirely smooth one. Lacking direction, Brad originally considered a career in computer science, before starting on a path towards graphic design. He then switched to studying advertising before eventually finding an area that really grasped his imagination; concept art.

It is the storytelling aspect of concept art which excites Brad the most, allowing him to pioneer new worlds and explore fresh ideas. In fact Brad actively seeks out inspiration from works that are the direct opposite of his own style to help him generate new narrative ideas. This month we speak to Brad about the projects that have had the biggest impact on his work, how he maintains his creativity and he tells us how he has been strengthened as an artist… 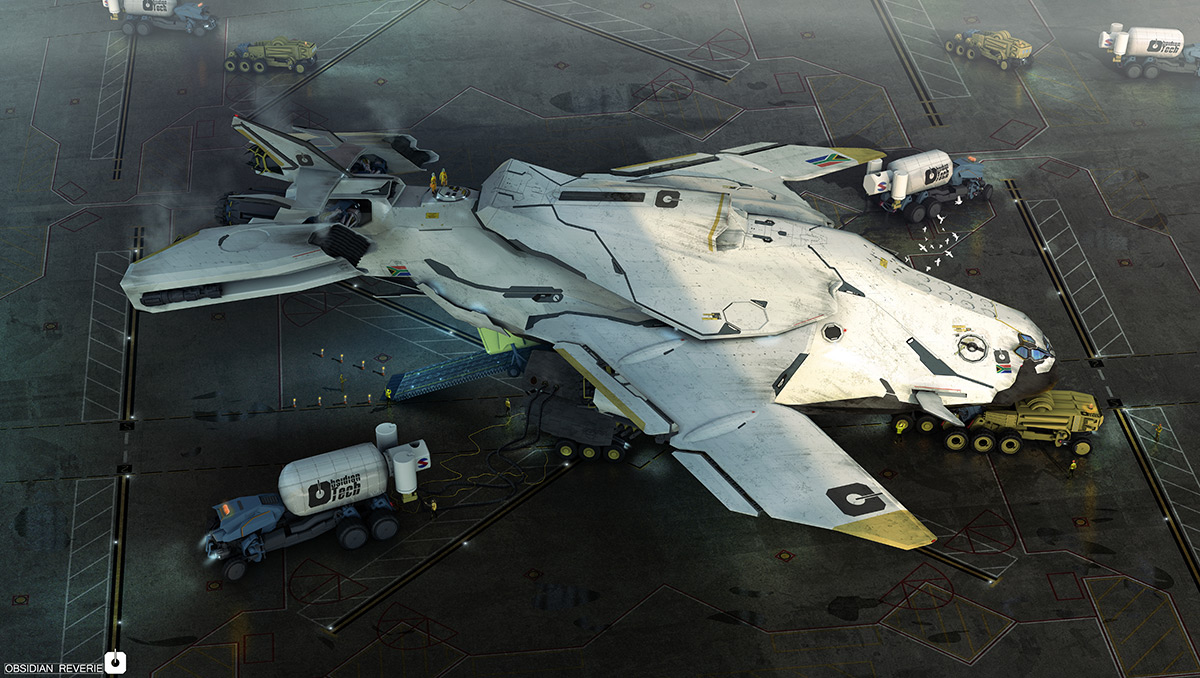 An aerospace shuttle capable of atmospheric and space flight. For fast transit of goods or people © OBSIDIAN REVERIE Bradley Wright

Hi Brad, thank you for talking to 2dartist! Can you kick things off by telling us a little bit about yourself and your work?

Well, I have been working in studios for twelve years now. I’m currently in the south of England working for Creative Assembly on the Halo Wars franchise, having joined the team originally to work on Alien: Isolation. Both have been IPs which I hold dear, and inspire my work greatly.

Although I was born in South Africa, I grew up in Northern Ireland. A lot of that upbringing in troubled Ireland has stuck with me and is always somewhere in the work I do. Storytelling is what really excites me, whether that is in concept design, comics, or illustration. Concept art appeals the most for my needs, as it allows me to explore world building more effectively. Outside of my concept duties and personal endeavors, I enjoy more traditional art. Portrait and figure drawing are passions of mine.

How would you describe your job to a group of aliens, who have no idea what a concept artist is or does?

A communicator, solving visual problems. When I explain my job to my father I might as well be explaining it to an alien. So for that I simply say, I draw things which make people to go “oooh cool.” Though, in my experience, many industry producers and directors struggle to understand what a concept artist is or does. So aside from being a visual communicator and problem solver, a concept artist needs to be adaptable. Whether that is to the project or the direction they are given. 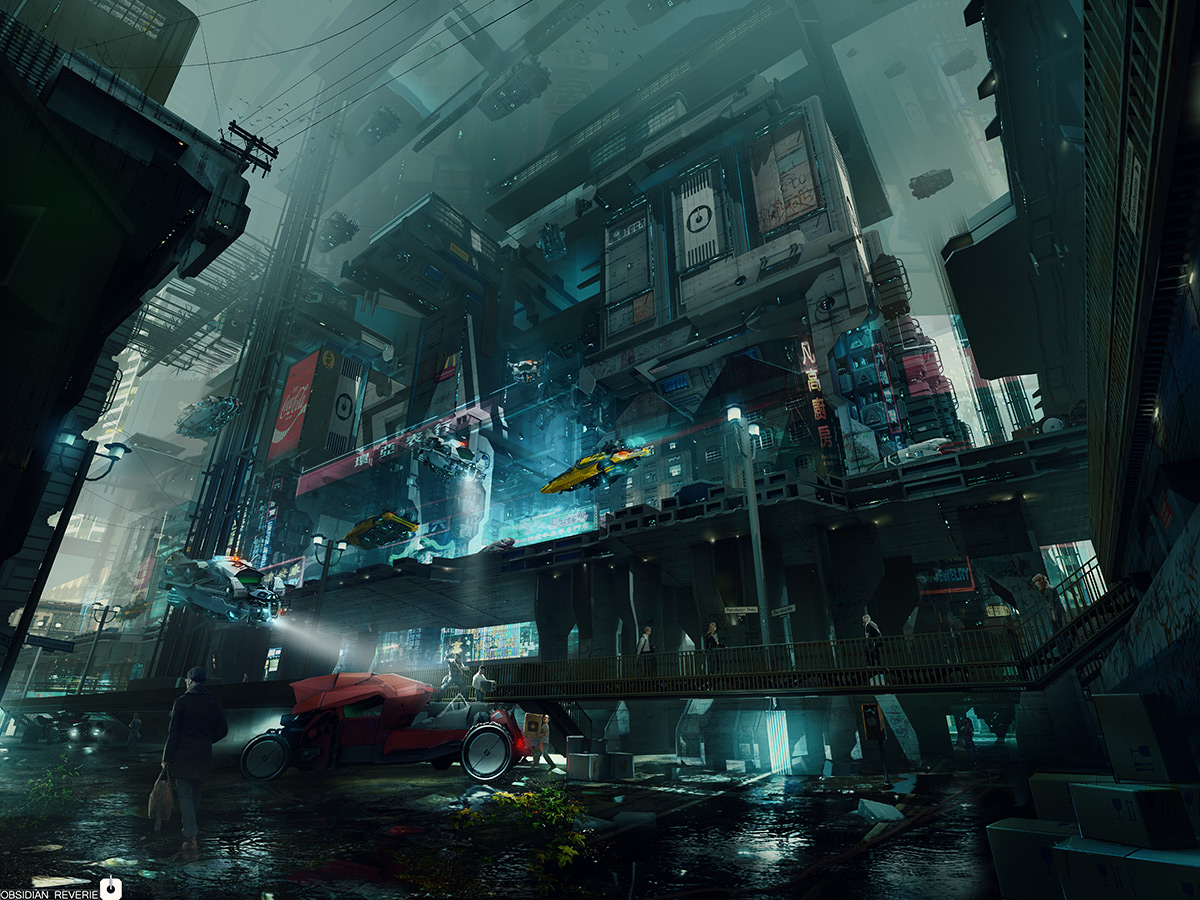 The ground level of the huge super towers around the city, where old Berlin fuses with the new techno-industrial architecture
© OBSIDIAN REVERIE Bradley Wright

You’ve worked on a wide variety of projects including Halo Wars 2, Syndicate and Chronicles of Riddick. Which project have you most enjoyed working on and why?

As a fan of science fiction, I have been fortunate to predominantly work within that genre. Cyberpunk is my first love, so Syndicate hit that mark. The work was freeing and allowed to me to develop and strengthen as an artist. Both through the project itself, and also the team I worked in as there were strong artists to feed off and grow. So for these reasons I would consider it the most important project and most fun project to have had worked on.

Alien: Isolation though is the project I consider myself most fortunate to have worked on. It’s a franchise that every concept artist owes some part of their journey to. We created something beautiful and engaging, and for me, it led to greater things in my own work and ability. So to be able to contribute to that legacy was rewarding.

To see the rest of Brad’s interview, get the issue here!