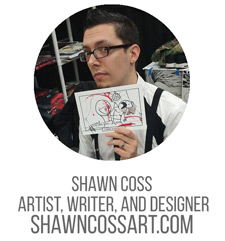 As far as I can remember, I’ve always drawn; it started with dinosaurs, moved on to video game fan art and finally to creepy artwork I’m known for today. My parents have always been supportive of my work; with my Dad being more practical telling me I need a real job to fall back on for security. I followed his guidance and got a degree in Nursing, and about the same time was approached by pure chance by Kris Wilson of Cyanide & Happiness. After our friendship developed, I was brought in as an artist for the widely popular webcomic. After a year of traveling all over the world to comic cons with Cyanide & Happiness I realized this was the career I wanted. It’s been a wild ride – I got to work on a Stephen King film, and meet celebrities who are fans of my work – the career of an artist can be very weird. What keeps me drawing is an unknown drive, it’s not that I want to draw it’s that I have to keep creating; I can’t turn it off even if I wanted to. Sketching has helped me meet that need while on the constantly on the go. 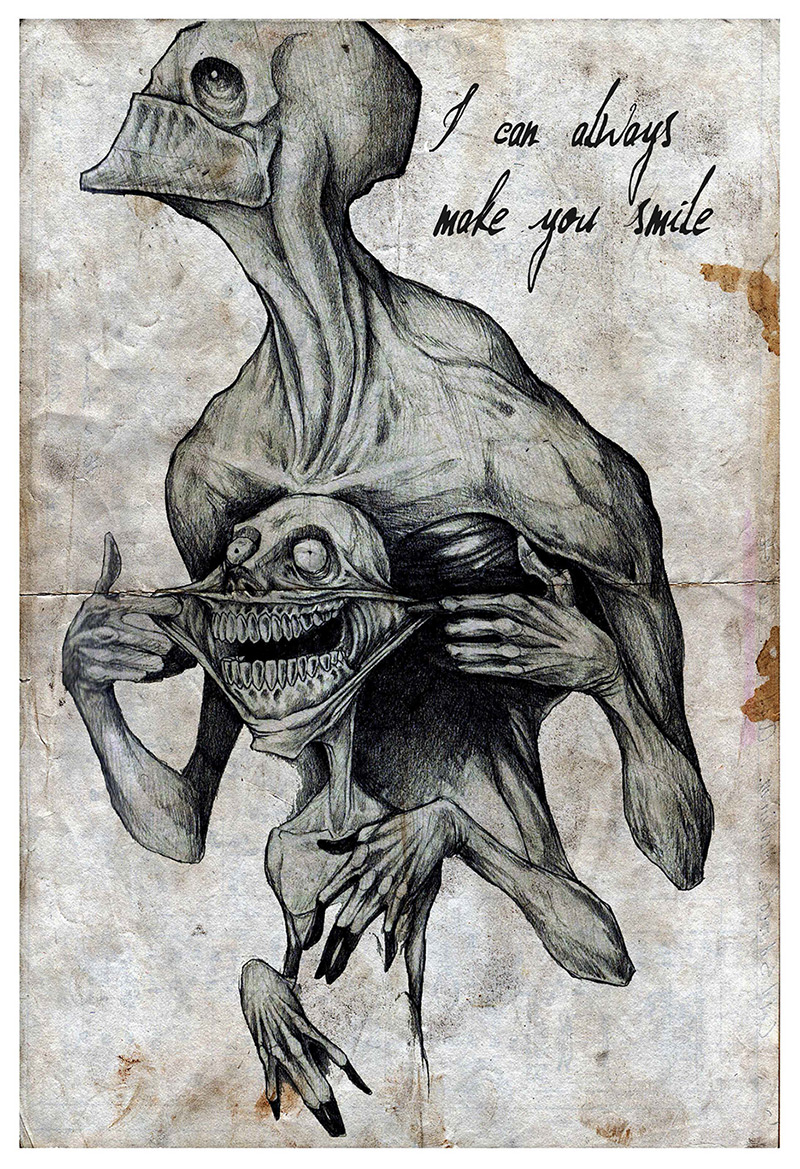 ‘I can always make you smile’ – to this day, still one of Shawn’s most popular designs 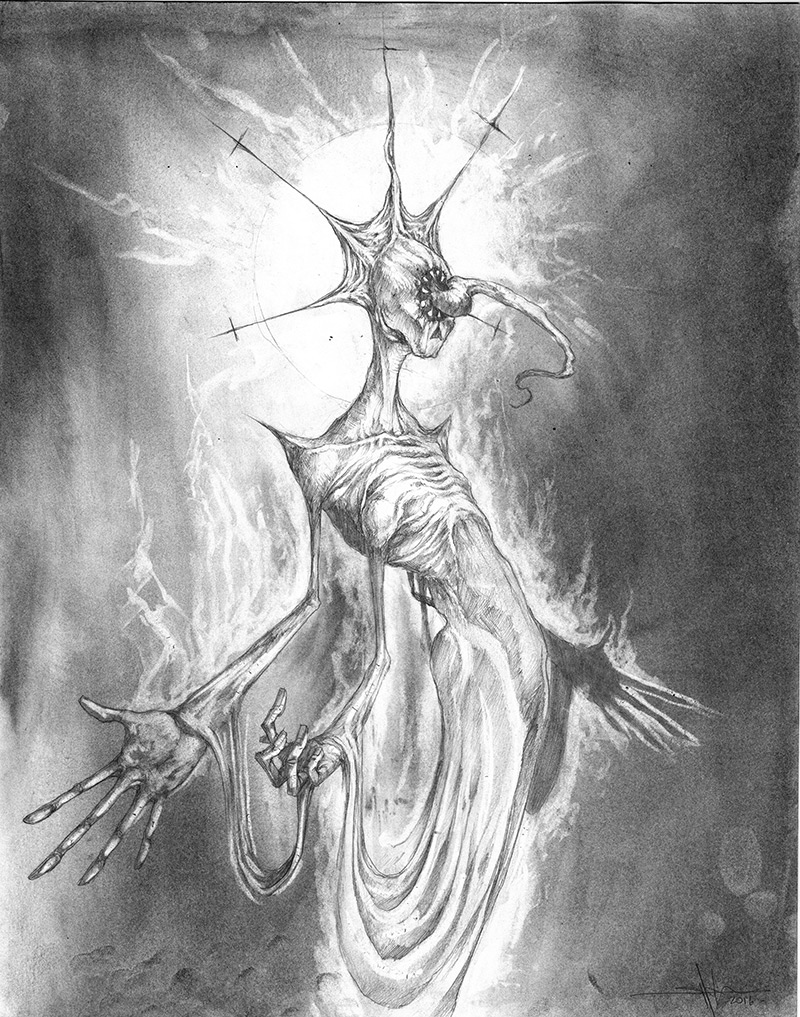 At the risk of sounding pretentious and too “artsy”, I find inspiration from everything around me. Alex Pardee stated it best that it can be something as simple as candy dots that can inspire a new creature. A lot of people assume that because of my creepier nature of art that I’m inspired by heavy metal music and horror movies. And yes, while those things help me create a new design from time to time, I find most of my ideas come from everyday life. It could be a brief conversation that struck me as funny or an odd cloud formation. I try to keep my mind open to allow any and all ideas to flood in and then try to figure out which ones suck and which ones are worth fermenting in my think meat. I have realized that most of my ideas hit me around 3am or right before I fall asleep. I’ll be all tucked in, half way to blacking out and then an idea will just scream at me like an alarm clock; sometimes I drown it out, and other times I drown in my thoughts until I get up and write/sketch it down.

A collection of Shawn’s favorite topics – crows and skulls 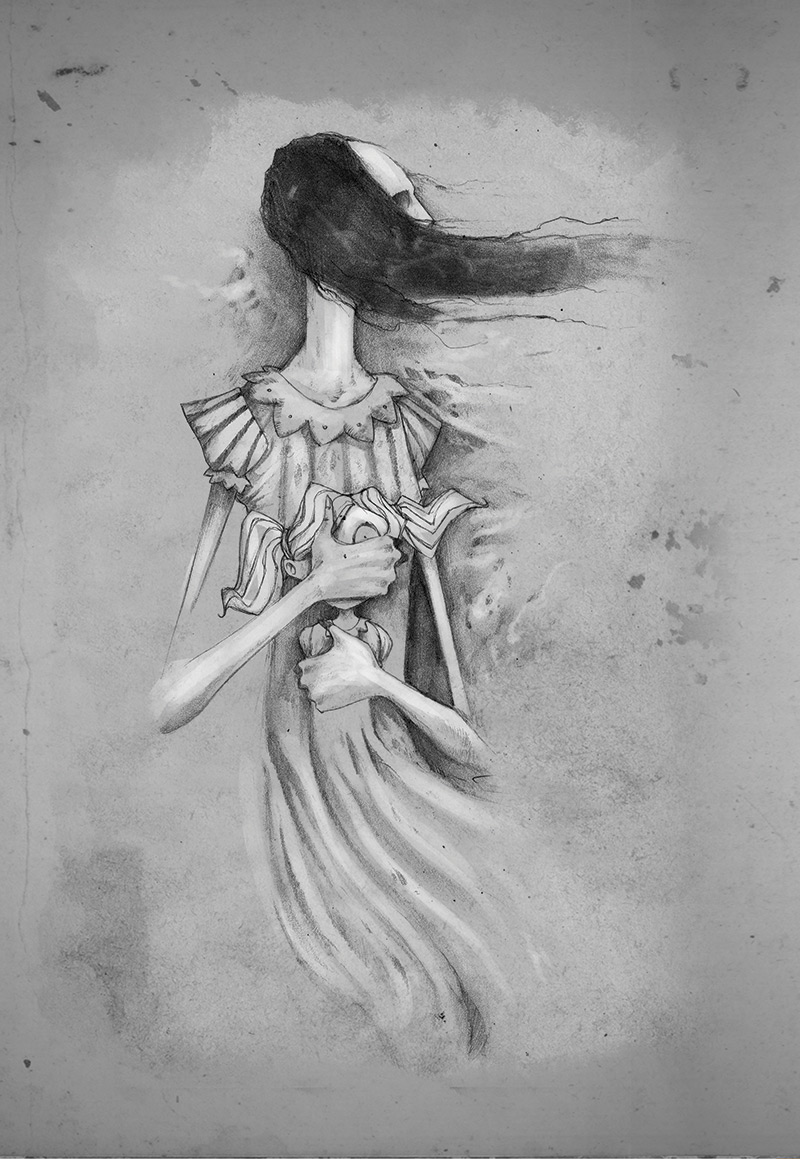 Artwork from Shawn’s first ever horror anthology book focusing on stories taken from his fear as a new parent. The book’s title is ‘Kindergarten’ – which translates to “Garden of Children”

See the rest of Shawn’s article in issue 132!